Threephase is a web browser-based game simulating the electric power generation and transmission system. The project was completed over a two month period beginning in September 2010, to satisfy the graduate project requirement for Master’s in Information Networking (MSIN) candidates at the Information Networking Institute of Carnegie Mellon University (CMU).

This article is an abriged version of the final report, reformatted for the web and with some (less formal) comments and reflections added. I’ve split it up into a few posts:

The primary inspiration for Threephase was the class “The Engineering & Economics of Power Systems” offered at CMU in the Spring of 2010. The class introduced core power system concepts and discussed many of the issues effecting the utilities today. From my perspective as a computer scientist and video gamer, the available computer simulations for learning these concepts had room for expansion and improvement.

The power system is a growing, popular concern of which the complexity is not well understood by non-experts. The simulations and teaching tools currently available aren’t sufficiently accessible and modern to attract people from outside the industry. Threephase is an attempt to balance between the artistic, playful and technical elements to create an immersive virtual world for experimentation and learning.

From conception to implementation, the design shifted in a few ways in respose to the demands of the web-based user interface. The nature of the web protocol HTTP also presented unique challenges to a real-time game, and Threephase applies some novel techniques to find scalable solutions.

The game’s source code is provided under an MIT open source license at GitHub.

This project would not have been possible without the assitance of my advisors and professors at CMU. The course I mentioned was taught by: Dr. Lester Lave (who sadly passed away shortly after the completion of this project), Dr. Marija Ilić and Dr. Jovan Ilić.

The advisors for this project in particular were Dr. Jay Apt and Dr. Gabriela Hug.

In the current version of Threephase, players can:

Once the objects are created, the current version of the backend can:

Now more than ever, the consumption and generation of electricity are on the minds of policy makers and concerned citizens alike. Green power, smart grids, and the renewed popularity of nuclear energy seem like obvious solutions to increasing efficiencies, so the lack of implementation momentum puzzles many people outside the industry. The most (and nearly only) visible change in the past decade to consumers is the shift from incandescent to CCFL light bulbs - hardly revolutionary.

Since the widespread restructuring of the power system in the early 1970’s, the complexity of power economics has surpassed the understanding of most people, including the politicians charged with deciding the future of the system itself. The engineering problems are also non-intuitive to those without an electrical engineering background. For example, despite the hype, wind power alone is not the ultimate solution to the world’s energy and environmental issues, but this isn’t communicated to or well understood by laypeople. There is an opportunity for educating the public and increasing awareness of the tough realities of the power system.

The power system is frequently included in computer and video games, dating at least back to Maxis’ SimCity of 1989 (and the version that I played, SimCity

Electricity transmission surfaced as a game mechanic in recent computer games as well, such as Darwinia and the new massively multiplayer game Love. In both games, protecting transmission lines from attack and malfunction is a key objective. 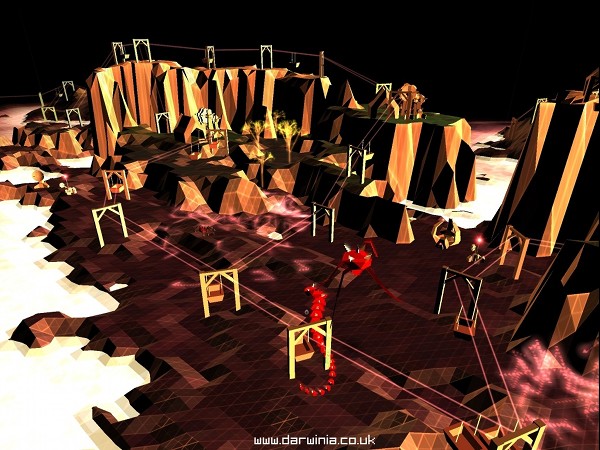 On the other end of the spectrum, the current power system teaching tool used at Carnegie Mellon University, Gipsys, excels in the technical but isn’t approachable enough to engage those with a passing interest. Since this project started, IBM released a web-based city planning serious game, CityOne, which asks players to make public policy decisions to improve efficiency in their virtual city. IBM’s take on serious games is unfortunately less of a challenging, immersive virtual world and more of a marketing tool. 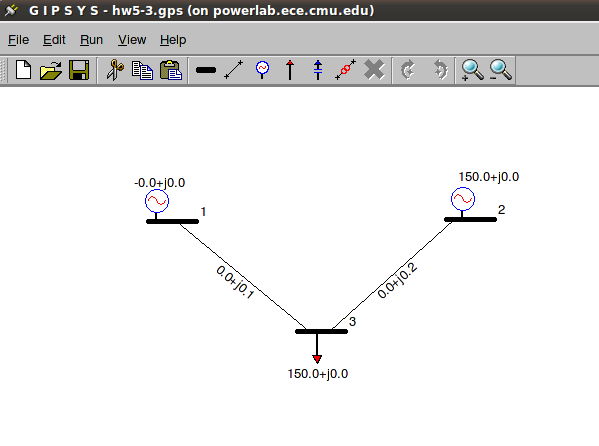 The frequent appearance of the electrical system in games is not a coincidence - the concepts of generation and transmission fit well with strategy gameplay. The games market is ripe for a serious game that combines popular fascination with an idealized power system and the often troublesome state of engineering and economics in the actual industry. This game could be used for both education and casual enjoyment.

Threephase tries fill the remaining gap, and balance between the artistic, the playful and the technical. A new generation of gamers is being formed online, by the likes of Zynga’s Farmville, Frontierville and Mafia Wars. These gamers are comfortable with having a persistent, virtual world in the games they play. They are accustomed to games lasting days or months, and even those without a set endpoint. Unfortunately, few of these games challenge players to learn or think creatively. They are a missed opportunity to show a wide audience the positive effects of gaming firsthand.

The goal of Threephase is to be approachable by a lowest common denominator of people who understand technology, use the web and are willing to play a game (or already do). Each player is handed control of a state-wide utility company and tasked with generating enough power to meet customer demand. Each player operates in a game world shared with other players, where the repercussions of energy decisions in one state can be felt by many others.

Continue to the next section on game objects.